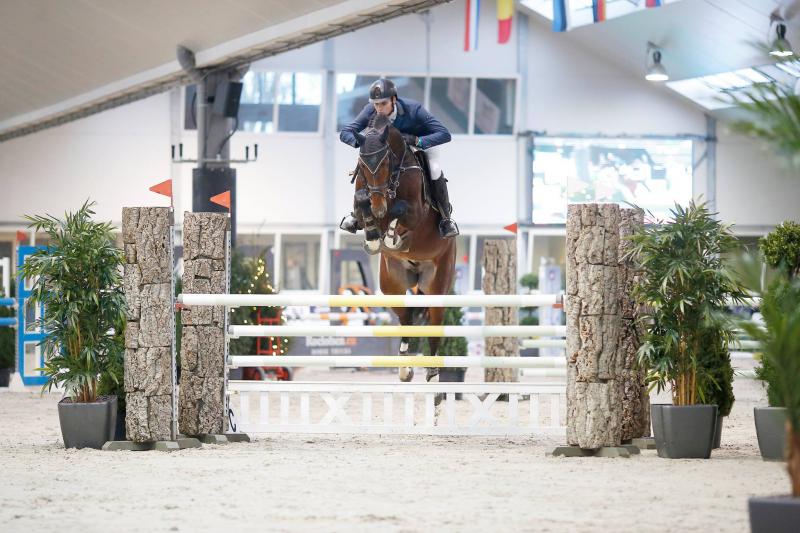 The Westphalian premium stallion Pilothago offers the breeders one of the last changes to breed with a direct son of foundation sire Pilot. As sire of many Grand Prix showjumpers such as the outstanding Priamos, Bugatti Pedro, Pirol, Poker and Pia Lotta sire Pilot have made history as a breeding stallion. In the 70days performancetest in Neustadt-Dosse the in 2010 born Pilothago showed his talent and ability as a showjumper. He received an 8.75 for jumping under saddle and an 8 for both his ability and character. Also in sport Pilothago seems able to stand out. That’s no wonder when we take a closer look at his pedigree. Dam Valerie is also dam of the Westphalian approved stallion Diathago (s.Diamant de Semilly) and she is an half sister of the international 1.50m showjumpers Gioia del Castegno (s.Concorde) and the Italian approved stallion Maximo del Castegno (s.Acodetto I), both ridden by Roberto Prandi. Valerie is sired by the legendary Olympic stallion Carthago, who was very successful with Jos Lansink for years. As a breeding stallion Carthago proved his value with many international showjumpers such as Mylord Carthago, Cristallo, Kira III, Cash and Cicero Z. Maybe even more as a damsire Carthago is making the difference in breeding. Granddam Sera del Castegno unites the international sport- and breeding stallions Stakkato and Grannus in her pedigree and she is a full sister of the Oldenburg approved 1.45m jumping stallion Sicerto. Also the Grand Prix showjumper Acorte (s.Acorado I) of Audrey Coulter, the 1.50m showjumper Salvatore (s.Sandro Boy) of Bruno Broucqsault, the 1.40m jumper Scipio (s.San Brasil) and the Hannoverian approved premium stallion Diatendro (s.Diarado) are of this direct damline. The first offspring of Pilothago is born in 2014 and they have good types, canter and elasticity.